The mold for MIM has a large influence on the product dimensional capability during production. Once the component is ejected from the tool there remains little capability to adjust dimensions except with extra cost. MIM tooling looks similar to that used in plastic injection molding, although molds are oversized to account for the large sintering shrinkage. In most instances, the tool set consists of one to four cavities serviced by tool pieces that move in coordination with the opening, molding, and closing actions; such as slides and ejector pins. 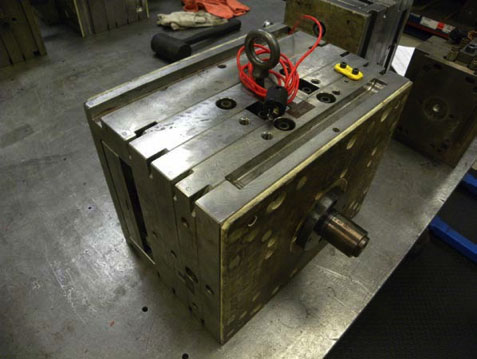 Part, Tool, and process design are very important. In MIM there are additional concerns with the higher thermal conductivity and density of the feedstock. Metal particles make the binder much more thermally conductive when compared to plastics. Likewise, the metal particles increase the feedstock density significantly over typical plastics. Otherwise, MIM relies on similar principles for plastic molding.

SMP goes to great lengths to match the customer’s budgetary requirement for high quality tooling within their budgetary restraints.

SMP completes a tool validation at the onset of each project. SMP has it’s own protocol that is carried out in the absence of specific customer requirements and we are also well versed in PPAPs, IQ/OQ/PQ validations as well as other customer specific validations.